A couple months ago I stumbled across the Johnny Cash Project. The project itself was an animated video created by artist and fans worldwide, and made up of a couple thousand frames.I have contributed two frames. Check out the video!
Posted by christopher lee at 6:01 AM No comments:

seems Bloody Hammers have a second cover featuring the LHP Baphomet mask, and honestly I think this one is my fav. just stumbled across it today, check it out: 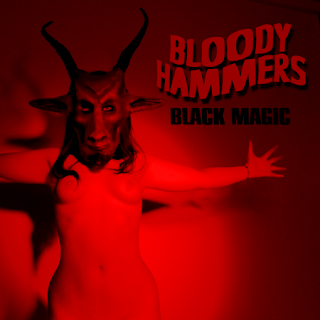 their music is pretty badass, I highly recommend it. Go get it Here!
Posted by christopher lee at 2:55 PM No comments:

I was recently directed to a site with the usual "you might find this interesting" statement. So I rolled on over to the site of band Bloody Hammers and before I could get a chance to check out the music, saw a familiar site indeed. It turns out the Lords of The Left Hand Path series mask Baphomet is on their cd cover! music is pretty cool to boot, head on over there and check it out! the pic itself: 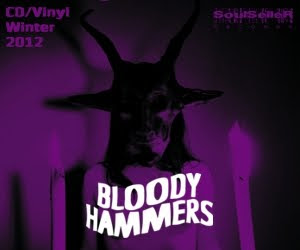 not sure who actually purchased the mask, but I'm thinking I'll have to shoot em an email thanking them for that. Pretty cool way to cap off the night.
Posted by christopher lee at 1:03 PM No comments:

checking in from the great beyond

This might be the longest I've gone with no updates...or maybe not. It's been pretty busy here, and well the blog thing seems to slip my mind..A LOT. I'm also in the final stages of becoming a home owner, so that has me tied up most of the time ...and drinking a ton more than I normally do hahaha. I've been really getting hammered with commission requests lately, been doing work for other Indy Wrestlers in the area making to the ring costumes. I'm sure it doesn't hurt that I make my own masks and gear to use in shows, they get to see the gear in action. Taken on some other jobs for people looking to intensify their Haunted House/Trail, etc costumes as well. All rewarding work, but I recently landed a license to produce a limited edition series of one of horror's most enduring cult icons. I can't speak publicly on who it is just yet, but it's one that is very close to my black heart, perhaps the most personally important piece I have ever done. I'm anticipating a Halloween release, so you lil monsters won't have to wait much longer! There'll be a few new mask pieces in addition to that hopefully soon enough, and the release of some new items I'm adding to the catalog. For you all Rat Rodders out there, resin shifter heads! The line will be kicking off with a version of Clint Mephisto and a Shrunken head, followed by a super secret, super cool collaboration. It's gonna be a cool next few months!
Posted by christopher lee at 1:19 PM No comments: 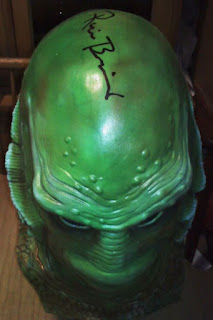 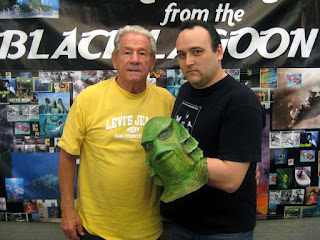 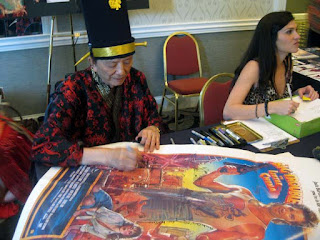 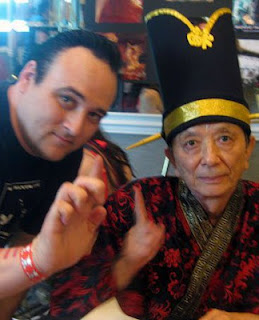 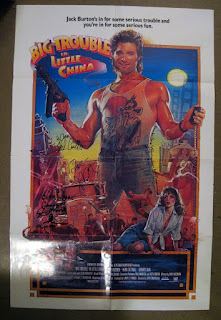 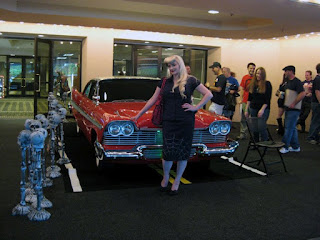